The 2020 Kawasaki Z H2 is a supercharged Streetfighter anomaly. Superpowerful, yet easy to live with ThreeSixMoto asks, have Kawasaki produced the everyday naked superbike for the everyday rider?

We all know Kawasaki has been at the top of the power game and motorcycle innovation for decades, and it shows. Also, Kawasaki is not shy either. It may seem to some that they plod along building high-quality traditional bikes but every now and again they shake up the bike world with some special kit.

I remember back in 1979, as a 16-year-old (yep I’m that old), I was stood outside Cusworths Motorcycle Showroom in good old Doncaster when a bloke appeared out of the workshop on board a Six Cylinder Z1300. He cruised out onto what was then a dead-end road, pointed himself and the bike at the town centre and fired the bike away from the shop. Wow, watching the rider wheel spin up the road leaving a black line in the road ‘mad max’ style left my jaw on the floor. (If you haven’t watched the Mad Max films and seen the Z900s wheel spinning everywhere you should check ‘em out, Doncaster 1979!). Well, I was hooked! Biking was already in my blood, but sights like that just cemented it.

Years later, Kawasaki did the same thing; I mean, who needs a Kawasaki H2R? Nobody, but we all want one because of what it is. It is an incredible lump of a motorcycle.

I think Kawasaki has done it again in a grown-up way with this Z H2. I reckon this bike is another subtle milestone in the Kawasaki story as it gives you, as a rider, a superfast supercharged 197bhp missile for everyday riding. Mind you, just wait until the tuners and drag racers get hold of it — there is a tonne of monster power from its 998cc liquid-cooled in-line four lump “with a supercharger”. Thanks to its sophisticated mapping, it’ll let you harness every ounce of power and performance while feeling completely connected to the road. It certainly impressed me as we twisted our way through the bends.

This bike has the ability to press-on at a real pace without all the fuss of super-high revs and noise normally associated with fast motorcycles. 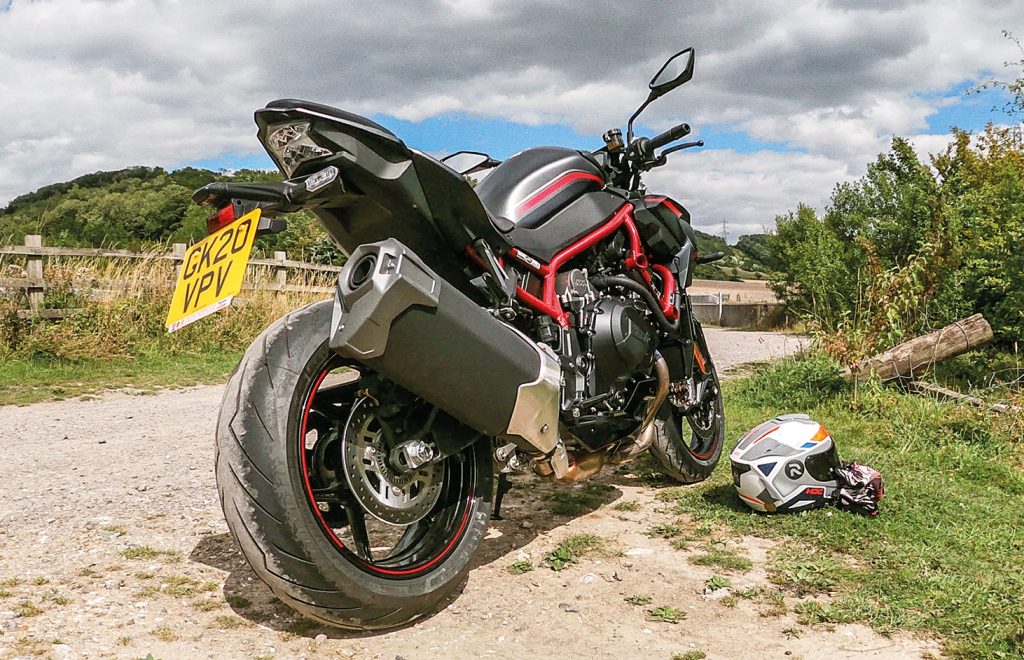 The Z H2 is a well-built rocket with two wheels which is just meant to be ridden and, at 239kg (wet), its mass sitting on the tarmac isn’t such a bad thing especially as you go up and down through the gearbox assisted by the quickshifter. With just over 135Nm of torque, there’s plenty thrust to propel you to licence-losing speeds.

It is predictable and planted; just how I like it as we carve our way through the country roads. Tipping into corners, the brakes feel reassuring, but if things did go pear-shaped, it wouldn’t t be as scary as you might think as the electronics pack on this bike is top-notch and I’m sure it would join the dance to calm things down.

The suspension absorbs the potholes on our A-roads well, and the steering is very good with minimum effort required from the rider to chuck it into corners and roundabouts.

The relaxing cruise control is another great feature, just what is needed to take the pressure off while bumbling along dual carriageways or trying to look happy as you sit at law-abiding speeds on the motorway.

…its power and presence is not the whole story; the Kawasaki Z H2 handles well, it’s practical, and it’s all-day comfy…

I’m not entirely sure if this bike is all about its power. Like I said before, nobody needs so much power; we want it obviously, but need it? However, its power and presence is not the whole story; the Kawasaki Z H2 handles well, it’s practical, and it’s all-day comfy — just add a small fly screen, possibly? Not to mention that, compared to the H2R, it’s almost affordable. It is a grower. It is a bike that riders can grow old and fast with.

Find a Demo, give it a go; it’s awesome. Finally, good on Kawasaki for building this bike. Why? It’s just because they can!

Gratitude to Laguna Motorcycles for the loan.

To see more videos from threesixmoto, subscribe to his channel.

Calimoto: could this be the end for the dedicated SatNav device?