Are we about to take a step back in time or launch ourselves ahead of time with Suzuki’s iconic Katana? Motovlogger, o75, goes back to the future!

Originally manufactured between 1981 and 2006, Suzuki reaped rewards from the success of its GSX1100S Katana. When it was launched, Suzuki claimed it to be the fastest mass-production motorcycle in the world. And you can probably see why. With distinctive looks, it had unprecedented performance levels too. It was a sales success; the motorcycle’s styling had an influence on motorcycle design still visible today.

While the Katana name, taken from a traditionally made Japanese single-edged sword used by the Samurai, remained in some global markets until 2006, it disappeared in others focusing on the GSX-F range. The Katana name did reappear with the arrival of Suzuki 50cc AY50 scooters from 1997.

Upon first looks, you can distinctly see where old meets new. You can’t escape the square split-styling of the LED headlight. For me, this is the anchor point of its design. The cutting edge-lip under the headlight, its curved sword lines continue over its broad shoulders holding the 999cc, liquid-cooled, 16v inline-four DOHC engine based on the GSX-R1000 K5. 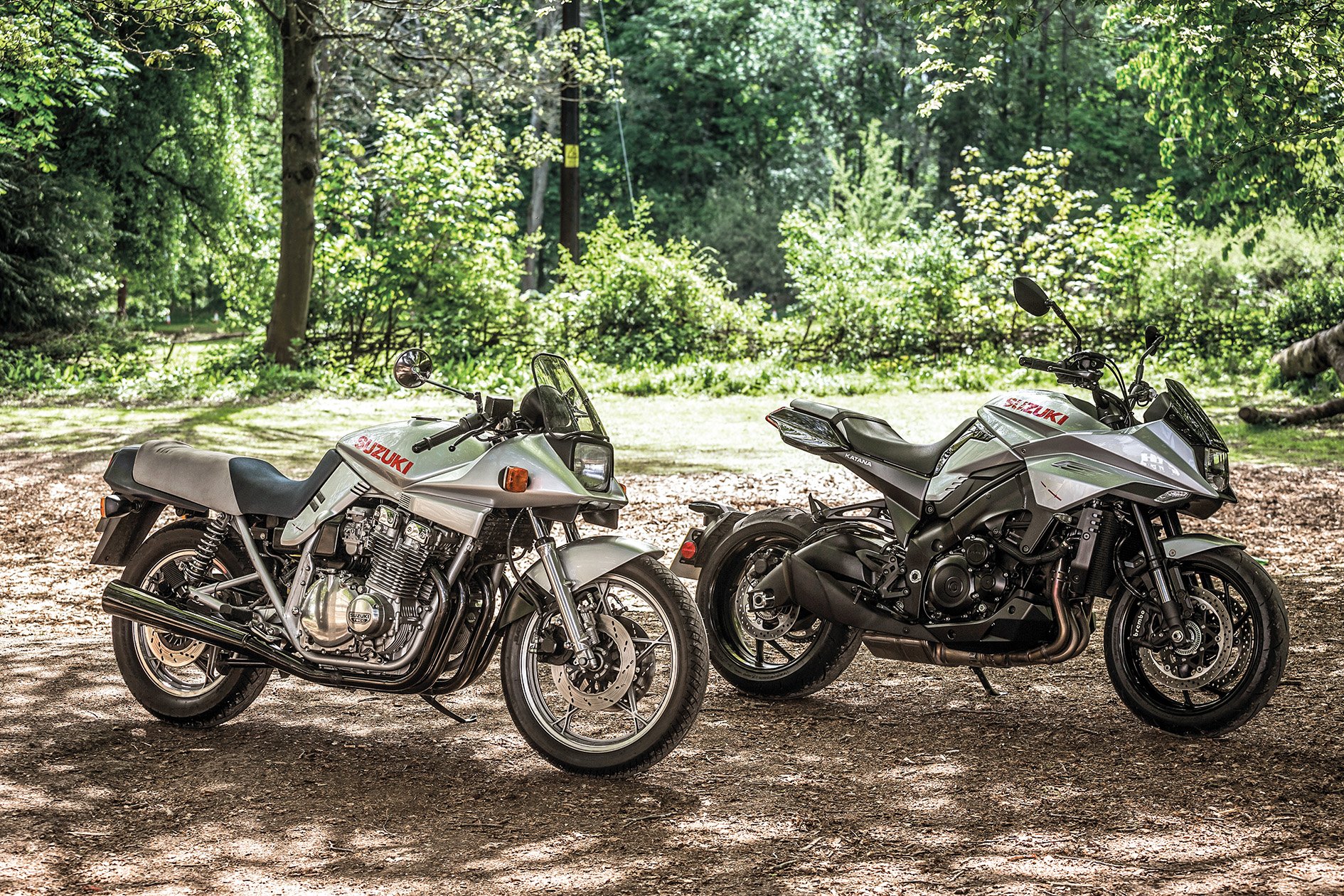 Mounting the Katana, the tank feels wide. Seated, it’s comfortable, albeit in a more upright position. I do feel my arms slightly extended, with my back and shoulders taking up support as gravity pulls me towards the dash, finding myself hanging over the tank. 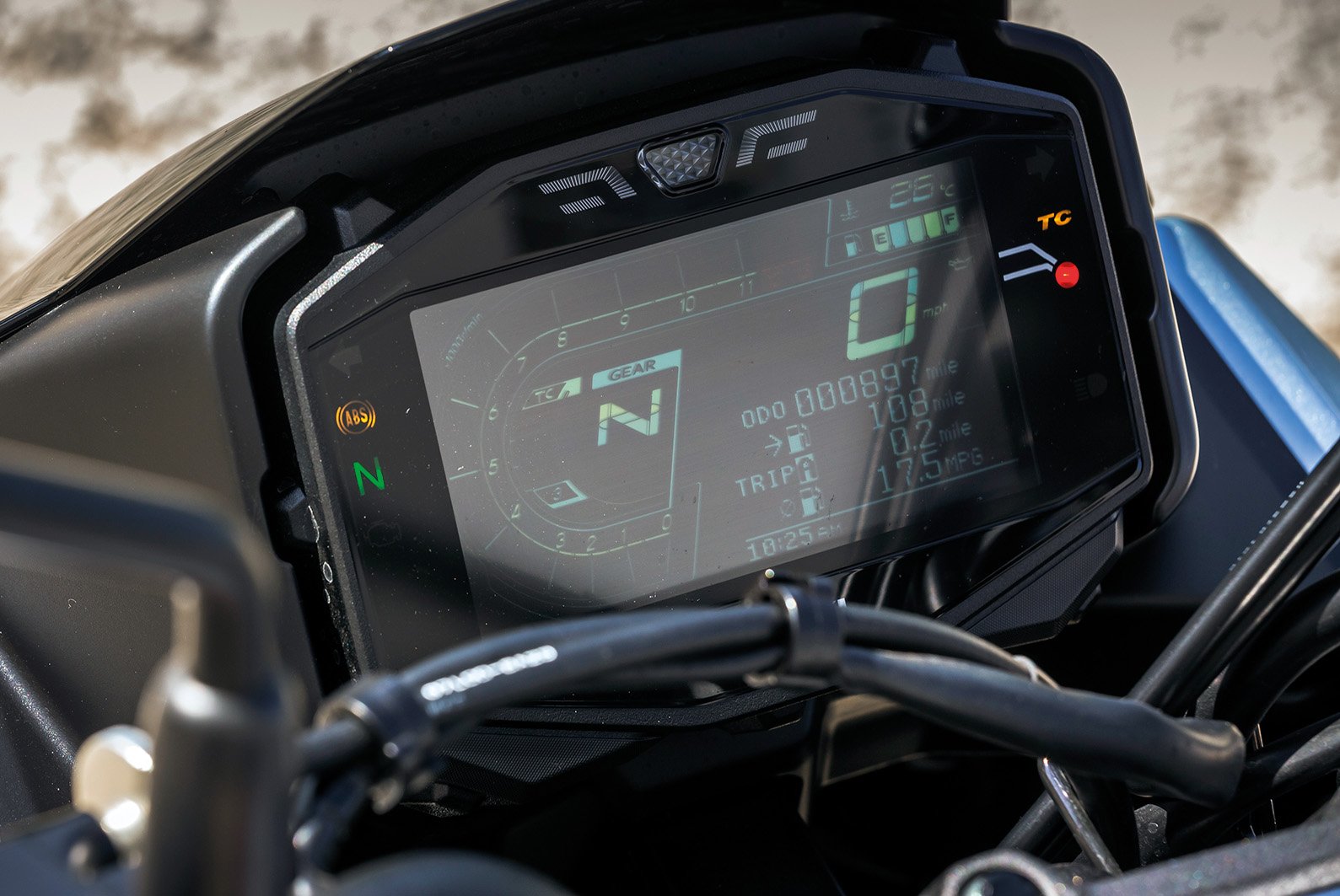 While the short-height screen aids styling, I would imagine it would have little impact to deflect airborne critters.

At certain angles, I like its unique modern styling. The seat looks tidy while emulating the contrasting colours of the ’80s original but with a flaired tail helping pull the lines through to the rear of the bike, where the light offers a nice finishing touch.

The OEM rear hugger, which is attached to the swingarm, is, shall we say, a distinctive feature, with the indicators and registration plate positioned lower down. If you’re not keen on this look, R&G Racing has an alternative tail tidy which, as they say, ‘would radically transform the rear end of the bike’. I would have to agree. It would also save over 1kg in weight too. Visit: http://bit.ly/Katana-Tail-Tidy

As we hit the streets, it certainly feels at home; comfortable and predictable. It made a good impact on me. Sitting in an upright position, you can see over the cars in front and feel it would be a joy to ride when commuting.

As I leave a junction, I stalled it. How? One-touch to restart and it stalled again. The guys at On The Wheel Superstore later informed me the bike features a low-RPM Assist which lessens the chances of stalling off the line. Hmm! That said, I had only been on the bike five-minutes and never stalled again after that minor hiccup.

Riding around our poorly maintained local roads, it absorbed everything with ease. It is an easy bike to ride. The Katana is very well balanced and feels great for street riding. The throttle response is smooth, giving me better-controlled acceleration. As we head up through the ultra-smooth six-speed gearbox, your ear is drawn to the similar sounding rev levels emanating from the exhaust.

Heading onto the dual carriageway, and with plentiful torque, at around 108Nm, it’ll swiftly send you to licence-losing speeds within a few seconds or so. For 1000cc fanatics, the respected long-stroke K5 engine makes this a very enjoyable street machine. With traction control and ABS, it will be welcomed by a broader range of riders.

The Brembo four-piston calliper brakes gripping against a 310mm disc are superb; strong and will pull you up to a halt in a heartbeat.

I have to give this bike its dues; it’s impressive. Perfect for a dry-weather Sunday morning ride out if you want to ride something modern, but with a distinctive return to ’80s styling.

Looking at the metallic mystic silver fuel tank it certainly seems sizeable, but alas, behind the facade sits a 12-litre tank, so do expect frequent fuel stops. With an average fuel reading of around 52mpg, there is a low chance of a numb derriere as you seek to refuel every 120-130 miles or so. This could be a little irritating if riding with others who have longer fuel-range bikes. Could looking for a fuel stop every 90 miles become a constant feature?

That aside, the bike plants itself beautifully through the corners. It handles exceptionally well. Although it is smooth, it can still excite.

It may not appeal to everyone, but then it’s unique flavour could be the point to some. It is an everyday commuter bike with a 1000cc as a significant ingredient, which sounds excellent under acceleration.

Looking for alternatives? Try the GSX-S1000 or the faired GSX-S1000F which both have a 17-litre fuel capacity or the smaller GSX-S750 which would be cheaper and could still offer up a whole bag of fun. 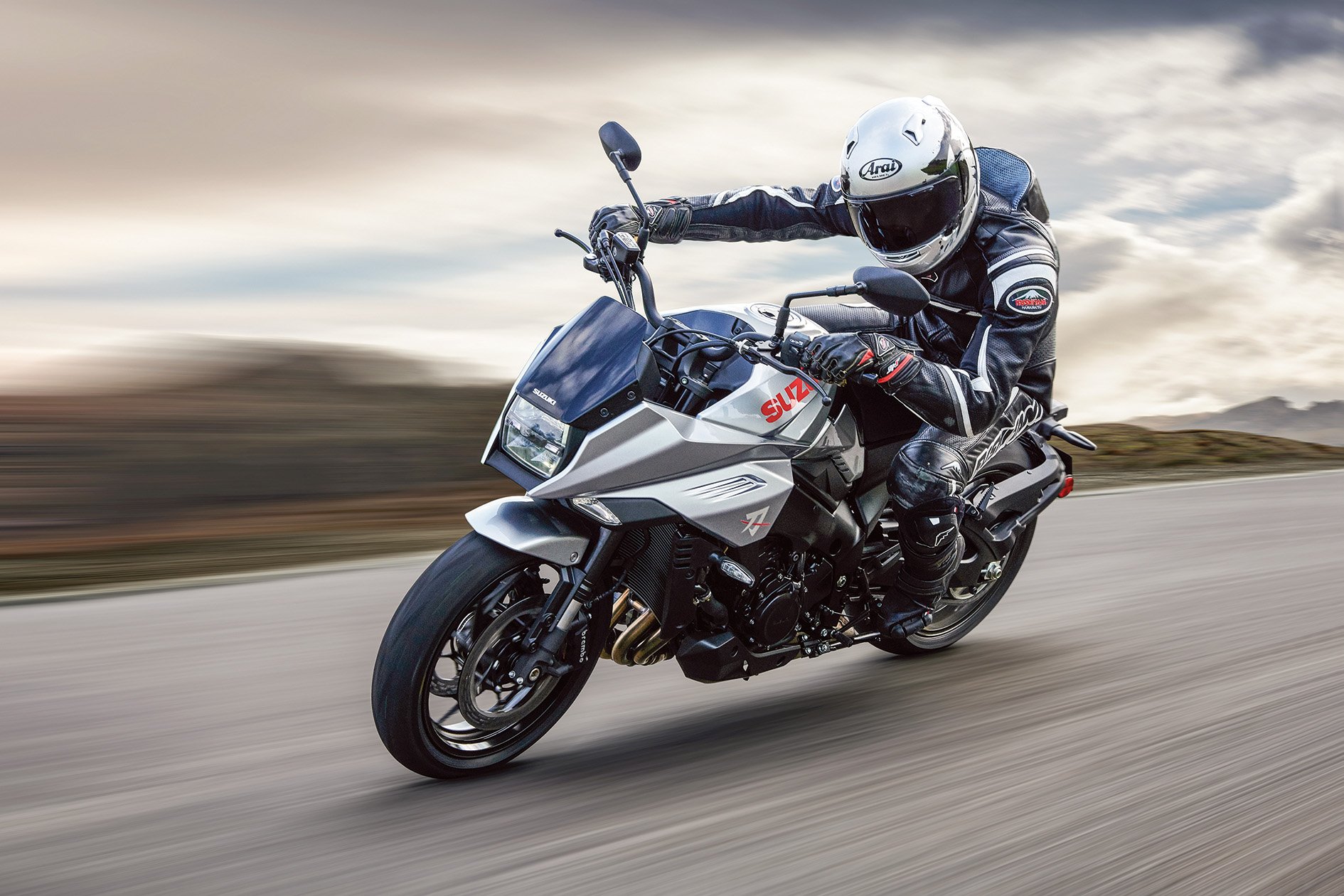 Overall though, with its unique retro-styling influences taken from the original Katana, this offbeat-looking motorcycle did indeed grow on me in the flesh. I would certainly recommend taking one for a test-ride; you’ll soon see why Suzuki resurrected the Katana. Nice to see a manufacturer trying something different.

Many thanks to the guys at On The Wheel Motorcycles, based in Southwick, Sussex, for the loan of the Suzuki Katana for our first-impression review.

For more information visit: On the Wheel Motorcycles

Learn to ride enduro with Freestyle